E. Ray Promotions announces the first ever Spirit Fest Men's Conference with the 30th anniversary celebration of Spirit Fest. The Men's conference will be held on Saturday September 3, 2022 at the Greenville Convention Center located at 1 Exposition Drive in Greenville, SC the day before the Spirit Fest Concert.

The keynote speaker for this inaugural event is an award winning journalist and communications specialist, Jeff Johnson. Jeff is the creator and executive producer of BET's Mancave. Jeff sat with Barack Obama and Hilary Clinton on BET News. He provides regular content on the nationally syndicated Rickey Smiley Morning Show.

Joining the men's event as concurrent break out speaker is Executive Coach, Pastor, and Author Keith Battle. He is author of books Side Chickology: Why Men & Women Cheat and A Second Chance: Grace for the Broken.

Also joining the conference is Dr. Frank Thomas. Dr. Thomas is a Professor of Homiletics, Director of the Academy of Preaching and Celebration, and Director of PhD in American Preaching at Christian Theological Seminary. Thomas has been invited to speak to Pastors and Ministers about the gift of black preaching and self-care.

Jeff Johnson is a teller of stories, developer of messages, and architect of social solutions who's as comfortable in front of the camera as he is behind the scenes developing strategy and messages for his clients.

The award-winning journalist and communications specialist is currently Managing Principal for the Baltimore based strategy firm JIJ Communications, where he provides strategic insight and messaging consulting to clients in the private, public, and entertainment sectors. His client list includes Google, Oppenheimer Funds, the City of Cleveland and Victoria's Secret. Over the last two decades Jeff has developed expertise in communications, political engagement and strategic consulting to create a unique career committed to developing solutions and systemic change. He calls it double bottom-line impact and is committed to it for both his personal brand and that of his clients. Jeff states, "The problems many of our communities face can be transformed by exploring market driven solutions that merge the public, private and philanthropic sectors into ecosystems of impact."

He sat with both President Barack Obama and Secretary Hillary Clinton for BET News and provides regular content on the nationally syndicated Rickey Smiley Morning Show. Jeff formally served as National Director for the Youth & College Division of the NAACP and held an appointment by Russell Simmons as the Vice President of the Hip Hop Summit Action Network (HSAN). In 2014 Jeff worked with Steve Harvey on his New York Times Best Seller, Act Like A Success, Think Like A Success, and is the author of his own book, Everything I'm Not Made Me Everything I Am. He is the Creator, Host and Executive Producer of Mancave, a late-night talk show targeting urban men that aired on BET this winter. Jeff is the honored husband of Jacqueline and the fortunate father of Madison, Myles, Malcolm and Baldwin. 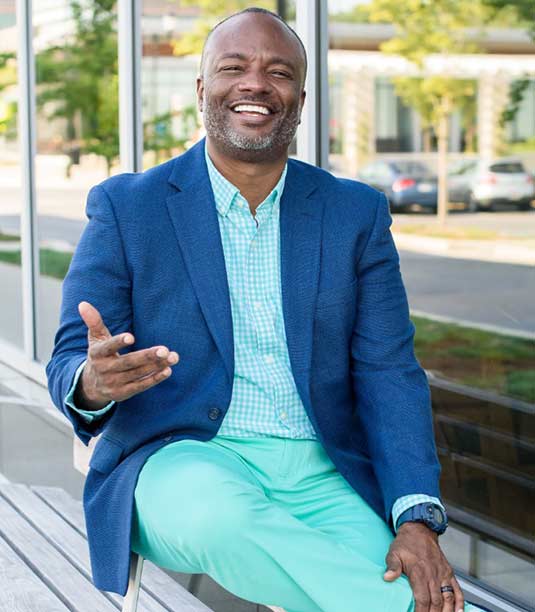 Keith Battle is the Founder and Senior Pastor of Zion Church, a Church that he started in the Summer of 2000, that now has 4 locations in the Washington, DC Metropolitan area and has grown to over 6,000 regular attendees, with 100 full-time and part-time employees.

In addition to his role as Senior Pastor, he serves as the Chaplain for the Washington Wizards, and the President of Sagacity, LLC the company through which he provides Executive Coaching for Business Owners, Entrepreneurs, and Church Leaders.

Keith has a popular Radio Broadcast called "Weekly Wisdom" that airs on WERQ 92.3, WPGC FM 95.5, as well as on Magic 102.3 every Sunday Morning. He's the creator, writer, and producer of the radio sports minute, When Sports Meets Life. He's also the author of two books,Side Chickology: Why Men & Women Cheat and A Second Chance: Grace for the Broken.

Keith Battle is very passionate about keeping families together and seeing marriages thrive. His insight and humor as a Communicator makes him a favorite of people from all walks of life. Keith and his wife Vicki make their home in Bowie, MD and they have 3 adult children, and one grandchild. 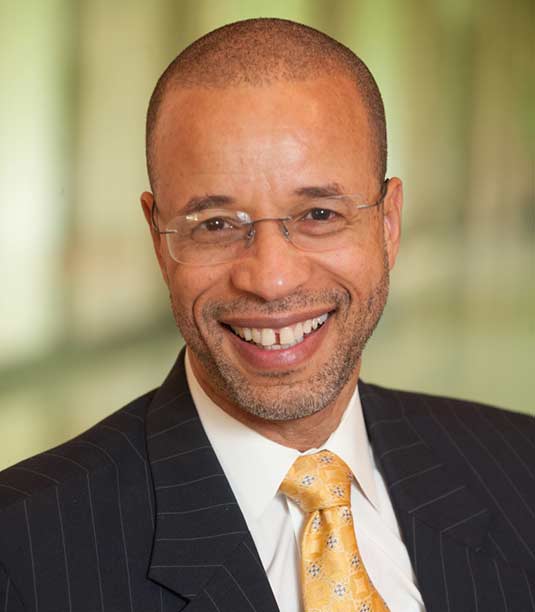 Frank A. Thomas, PhD, currently serves as the Nettie Sweeney and Hugh Th. Miller Professor of Homiletics and Director of the Academy of Preaching and Celebration at Christian Theological Seminary, Indianapolis, Indiana. Indicative of his great love of preaching, an updated and revised version of They Like to Never Quit Praisin' God: The Role of Celebration In Preaching, considered by many to be a homiletic classic, was released in August 2013. For many years, Thomas has also taught preaching to Doctoral and Masters level students at McCormick Theological Seminary in Chicago, Illinois, and at Memphis Theological Seminary in Memphis, Tennessee. He is the CEO of Hope For Life International, Inc., which formerly published The African American Pulpit. With a long history of excellence in preaching and preaching method, Thomas was inducted into the prestigious Martin Luther King Jr. Board of Preachers of Morehouse College in April 2003. Thomas also serves as a member of the International Board of Societas Homiletica, an international society of teachers of preaching.

Thomas is the author of American Dream 2.0: A Christian Way Out of the Great Recession, released by Abingdon Press in August 2012. He also co-edited Preaching With Sacred Fire: An Anthology of African American Sermons, 1750 to the Present with Martha Simmons, published by W. W. Norton & Company in 2010. This critically acclaimed book offers a rare view of the unheralded role of the African American preacher in American history. Thomas is also the author of several other books on subjects from matters of prayer to spiritual maturity.

Thomas and his wife, the Rev. Dr. Joyce Scott Thomas, each earned their Certified Professional Coaching Certificate (CPC) from the Institute for Professional Excellence in Coaching (iPEC). While they are equipped to coach in corporate, executive, business, life, personal, or group settings, they are most passionate about enabling pastors and pastors' spouses, as well as coaching in the area of preaching. Thomas' most recent book, The Choice: Living Your Passion Inside Out, published by Hope For Life International Press October 2013, explains and explores the spiritual and coaching process to live your passion from the inside out. Thomas is a nationally and internationally sought after keynote speaker and lecturer. Thomas and his wife have two adult children.